This was the very first rough doodle I did of Edgar & Jarvis, for the scene where Jarvis pops up out of the gift box on Edgar's birthday. At this early stage I was imagining Edgar as an Edward Gorey style Edwardian child, so there's a suggestion of a frock coat and starched collar. Jarvis is very bulbous and has eyebrows! 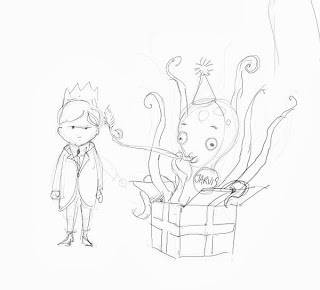 This slight revision later on has Jarvis looking a bit more like how he was to become. 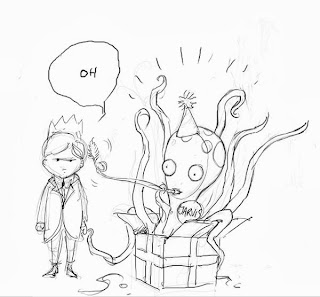 And this is how the scene turned out. Edgar's now in his school uniform, and Jarvis has found his proper shape. In coming posts I'll show more of how the look of the characters developed. 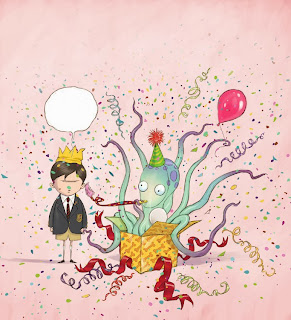