This is the point in the story when Edgar begins to get Jarvis ready for the big dog show (or at least he tries), launching into an intensive training regime. The result is a series of jokes across a number of the book's spreads as Jarvis misinterprets Edgar's commands. From early on this was a central sequence in the story's development.

In this early rough Edgar appears in his gym kit, while Jarvis is already "goofing off" as a Victorian strongman 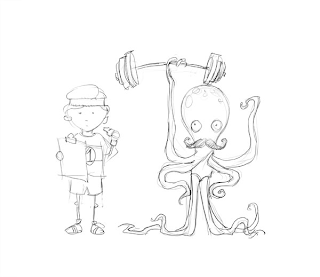 Later I settled on the fetching red tracksuit. 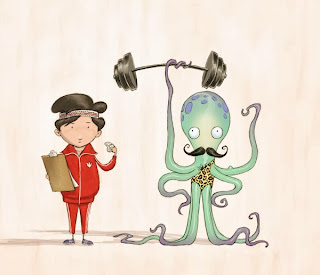