A bit more about that beach scene. It provides a pause for us to fully appreciate Edgar's desperate loneliness, knowing he's driven Jarvis away and realising that Jarvis is nowhere to be found. This was inspired by a memory I have of a sequence in one of The Muppets films, in which a desperately lonely Gonzo wanders around and at one point appears as a tiny silhouette on a beach (I think?) - he's lost his chicken girlfriend Camilla, or maybe his pal Rizzo; I can't recall. Anyway I remember finding it hilarious. 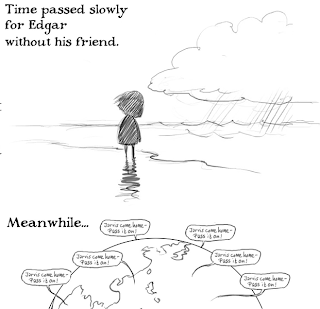 In this bit of early storyboard, the 'Meanwhile...' picture of the earth is a global continuation of the sewer pipes joke on the preceding spread. 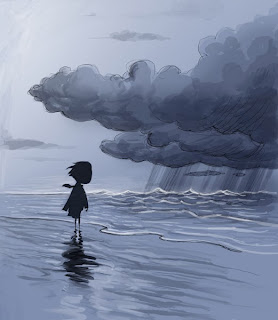 This rough has a much more inclement seascape for Edgar to stare off into. To help distinguish this scene from the picture in which Edgar rows out in the storm to the fishing boat, I changed it to a more symbolic sunset. 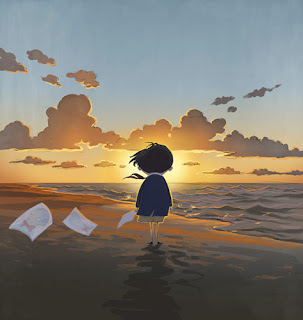