Another unused cover, this didn't get much beyond doodle stage. The idea of Jarvis via Botticelli was amusing in theory, but I wasn't satisfied with how it was turning out in practice. It was originally suggested by magnificent art director Patricia Howes at Omnibus, and I was drawn to the idea of replicating the look and feel of Botticelli's painting, with Jarvis posing in classical contrapposto stance as Venus. But.... nah. 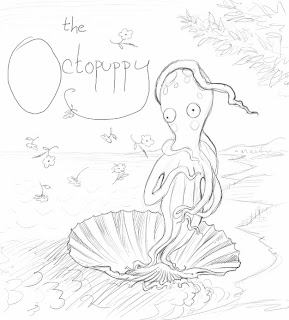 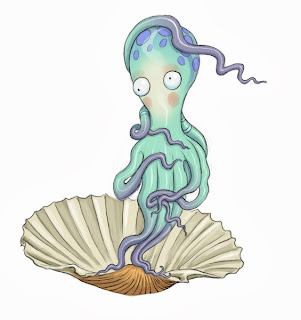 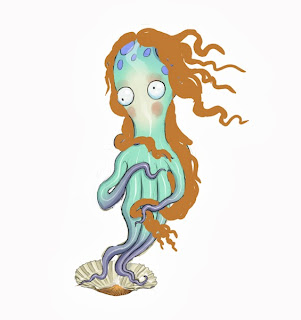