A closer look at the drawing for the spread on pages 23 & 24 of The Octopuppy, as mentioned in the previous post. This spread is proving to be a favourite with lots of readers. It's the bit in the story where Edgar receives the help of the creatures living in the sewer pipes under his house.

Here's the first rough sketch I did, as it appeared as part of the storyboard. This was during the early stages of planning the book. 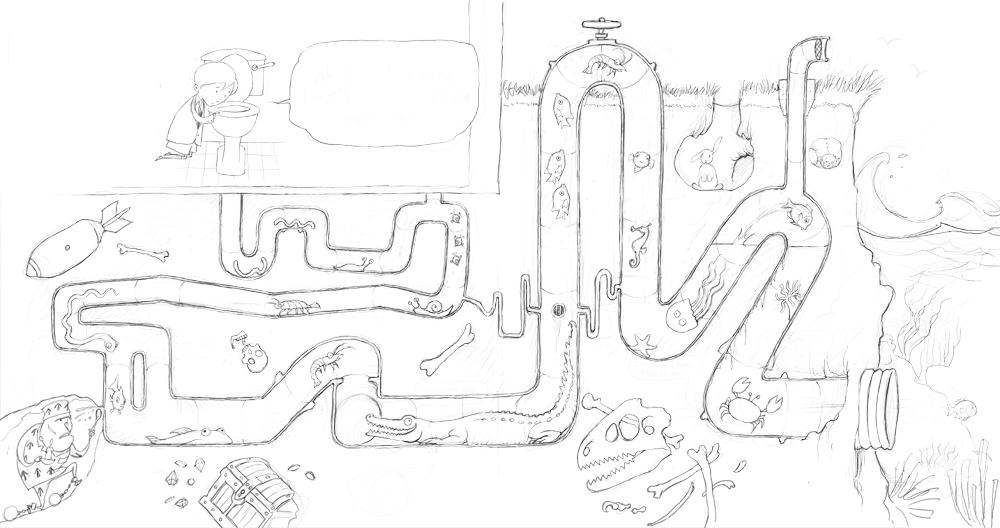 Drawn at a much larger scale, here's the tidier and more detailed line drawing, before adding colour. 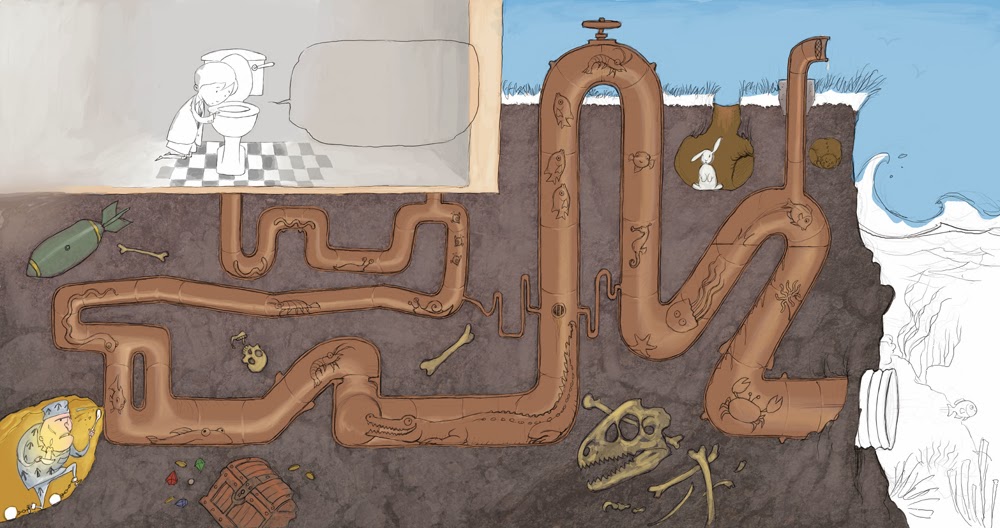 I've put in some flat colours at this stage. 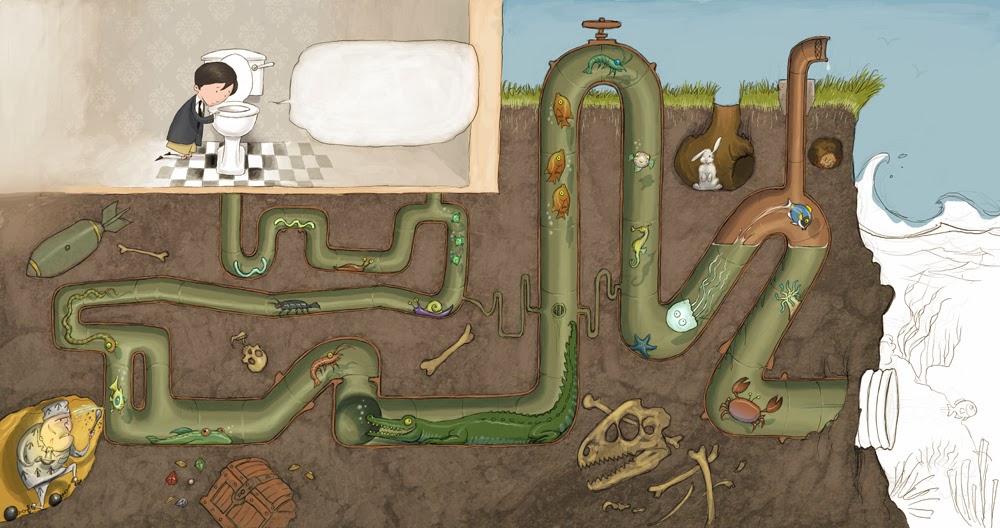 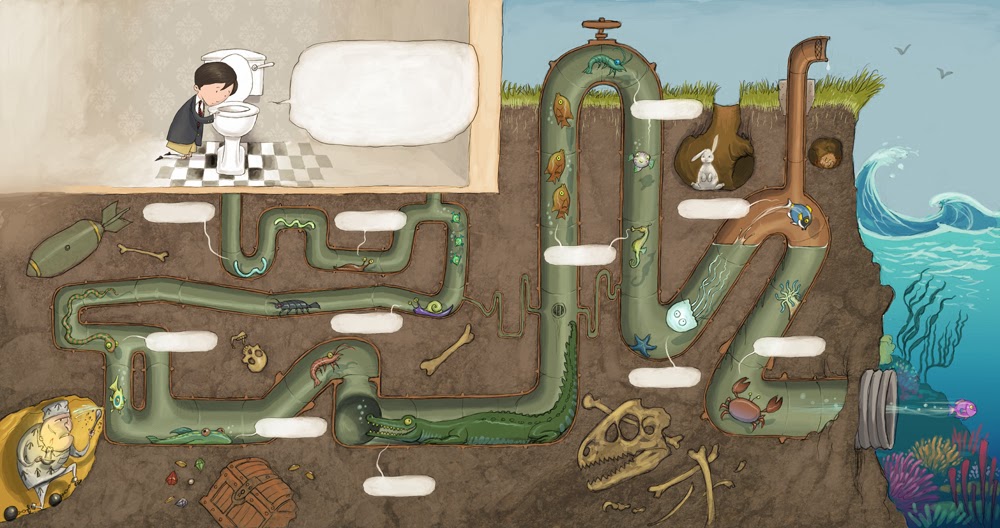 The final artwork, with blank word balloons ready for the text to be added separately.
Posted by Martin McKenna at Tuesday, February 04, 2014