Octopuses have been called 'the most intelligent invertebrate', with a host of complex behaviours, and a nervous system comparable in size to that of mammals but organized in a very different manner. It had been hypothesized that, as in vertebrates, whole-genome duplication contributed to the evolution of this complex nervous system. Caroline Albertin et al. have sequenced the genome and multiple transcriptomes of the California two-spot octopus (Octopus bimaculoides) and find no evidence for such duplications but there are large-scale genome rearrangements closely associated with octopus-specific transposable elements. The core developmental and neuronal gene repertoire turns out to be broadly similar to that of other invertebrates, apart from expansions in two gene families formerly thought to be uniquely expanded in vertebrates — the protocadherins (cell-adhesion molecules that regulate neural development) and the C2H2 superfamily of zinc-finger transcription factors. 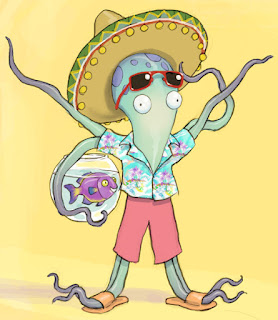